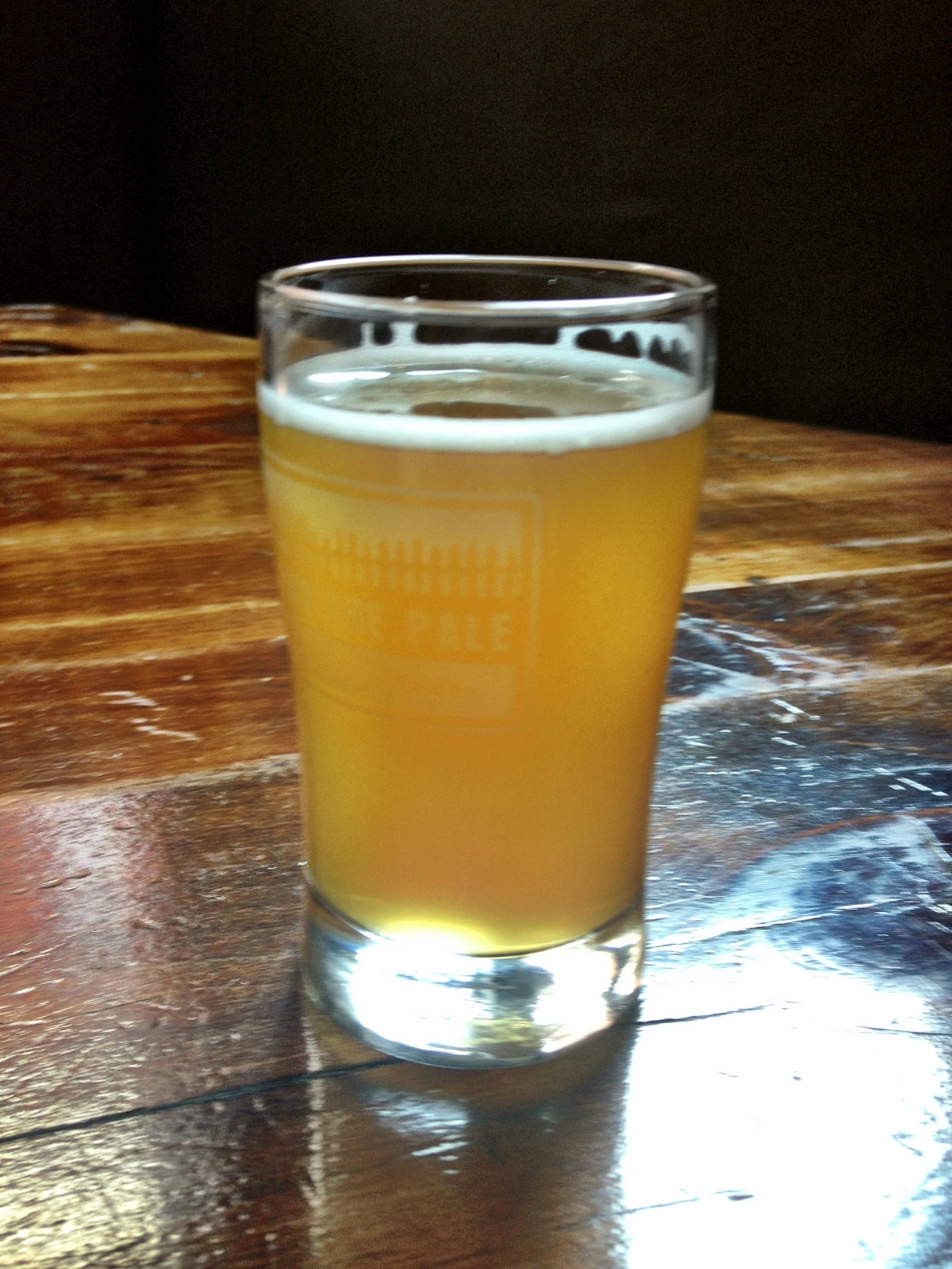 Another Sunday, another Beyond the Pale beer event.  This turned out to be the only National Capital Craft Beer week event I would attend this year.

Tickets were $15 and included a small Beyond the Pale tasting glass and two samples.  The occasion?  The launch of Smoked Pol, a beer brewed in collaboration with homebrewer Brad Remus.  A Grätzer is a smoked wheat beer which is technically indigenous to Poland but is brewed along the Polish/German border.  It is almost impossible to find commercially but, as the resurgence of the New Kids on the Block shows us, what is old is new again and this beer has been brought back to life by the craft and home brewing movements.

This beer reminded me of, well, meat.  It was smoky and flavourful in the way that a really good deli sandwich can be.  Would I drink more than one of these?  No, absolutely not.  It’s just not my taste.  From the comments around me, however, it seems as though I was in the minority as many beer lovers were enthusiastically returning to the bar for multiple samples (the sample cup, despite the lack of scale in my

As an aside – I lived in Calgary for a few years immediately after university, working away at a misguided attempt to become a Chartered Accountant.  One of my greatest accomplishments at the time was managing to complete Bottlescrew Bill’s 80 Beers Around the World Challenge and having my name inscribed on a plaque which was mounted to the wall.  This beer reminded me of one of the strangest I tasted at the midpoint of my 80 beer journey, an Indian beer which I am pretty sure was named “Hercules”.

If, like me, you were less than enthused by the Smoked Pol, there were many other offerings to quench your thirst.  Had you attended and sampled your way through the Tap Takeover at the Gastropub, however, you would have quickly noted that beyond the Smoked Pol there was nothing else new to really explore and sample.

There were four food stations set up throughout the restaurant with three on the main floor and one in the “staff room” – which, for those in the know, is the speakeasy style bar in the basement that is hidden behind the bookshelf.  I descended down the stairs with a few of the Barley’s Angels girls and they walked past the bookshelf, confused at where this secret basement bar could be.  Eventually someone propped open the door, an act which ruined the mystery.

Upon entering, you were greeted with the suckling pig.  I didn’t actually purchase any of the food samples as I felt it was a bit pricy for what you were offered.  Tickets were $4 (and please, correct me if I’m wrong) and while drink samples required one ticket, food samples required two.  There was a taco rib (a rib dressed up like a taco) in the back and some chicken pieces all offered upstairs… downstairs, meanwhile, offered three fresh P.E.I. oysters for your sampling pleasure.

I think that I had very high expectations of this event, especially after attending the last Beyond the Pale event at the Wellington Gastropub.  I love the decor and the vibe in Union Local 613 (do we still include the Local?  Maybe I’m just a creature of habit), but I definitely preferred the food on offer at the Gastropub and the huge variety of beers that had been brought alone for that event.

Katy Watts, meanwhile, has an excellent blog post and some beautiful photography detailing her thoughts on the Smoked Pol launch.  Further argument for why I should carry my DSLR around instead of relying on my finicky iPhone!